D'Onofrio's Food Center has a rich history in serving the people of the Shenango Valley since 1916. Founder, August D’Onofrio started our grocery store right in his home. When time came to expand, he bought the vacant lot across the street and built a neighborhood grocery store. 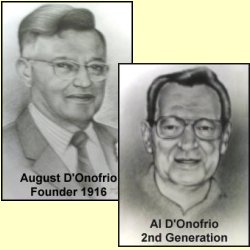 Albert D’Onofrio, August’s son, had moved the store’s location to where it is currently located in Hermitage, PA on April 29, 1964. After many years of serving the community, the store underwent a remodeling in February of 1989 to increase the store floor, increase the size of our Deli and Bakery departments and added our front service counter.

Third generation owner, Joseph (Joe) D’Onofrio, made waves in the community during his tenure as the store owner. He could always be seen throughout the store lending a hand to customers as well as employees and continued to keep the community happy with the highest quality of services provided.

Joe D’Onofrio led the way for his son, Al D’Onofrio, and instilled the knowledge of prior generations to pave the road ahead. Al is now the current owner and takes great pride in serving the community. He continues to thrive in his position as owner and can also be seen throughout the store, helping at every opportunity. 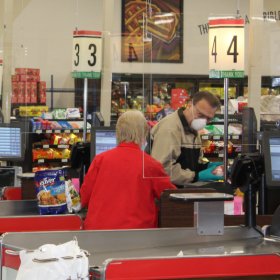 We Are Here to Serve You

Our friendly and helpful people are here in every department to help you with all your grocery needs. 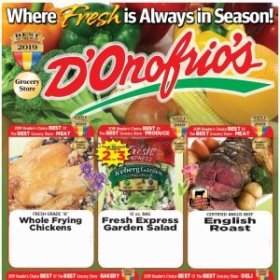 Click on the image above to go our Weekly Ad page to save on a wide variety of products you will love! 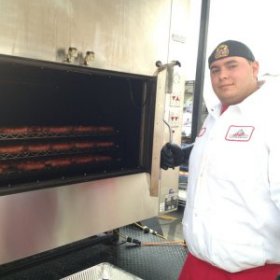 At Donofrio's we provide delicious and affordable catering for special occasion! Also look for us out in the parking lot creating the most mouth watering barbecue items for you to take home. Click on the image above for more information and menus.

Click on the image to go to our photo gallery for photos of our store and our great people throughout our history since 1916!
‍

D'Onofrio's Food Center has cards available as great gifts for holidays, birthdays or any other special occasion. We have $25 and $50 set value cards but we also have gift cards that you can set at your own desired value.
‍

Here at D'Onofrio's Food Center we know our customers love to cook and have rich traditions in their family recipes. We would love to share some of ours with you. Each month we will be featuring a recipe of some of our favorite dishes. Please feel free to try them out at home and let us know if they were as delicious for you as they were for us!!
‍